We have been a bit quiet lately but it's great to see the number of visitors going up overtime! We were thrilled to see our site reached over 1000 hits, thanks so much for stopping by.

We are always welcoming new stories and please know that we'd love to hear from you and would be honoured if you share your experience with us.

It's less than a week to Christmas and we know how hard it is to go through holidays when you just suffered a loss. Wondering what it would have been...we are here to support you and to offer a shoulder to cry on if this helps you feeling a bit better. And then there is the New Year. A new beginning and new hope that next Christmas will be different.


From all of us at Ectopic Pregnancy Ireland 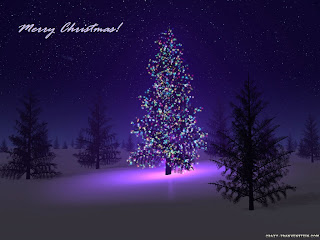 Posted by Ectopic Pregnancy Ireland at 12:01 No comments:

Another story with a happy ending! This may not always be the case of course, but it certainly can happen. Thank you so much for sharing Claire!

What type of ectopic pregnancy did you experience?
I suffered an ectopic pregnancy in June 2007 resulting in the loss of our baby and my right tube.  I had heard of Ectopic Pregnancy before briefly but was not aware of any of the complications or factors involved.

My now husband and I were firstly not trying to get pregnant so we basically had sex around the time of ovulation.  I was nervous that I would fall pregnant, we were one year in our new home and working building careers etc.  While having a baby was in our future we were not planning on starting so soon.  We both took the decision to take the morning after pill the next day.  I took the tablet and was told by the doctor that my period should come back in two weeks approx.

I got on with normal life and assumed my period would return.  Three weeks later my period didn’t arrive and while talking to my sister she urged me to take a pregnancy test.  I was in denial stating how I could not possibly be pregnant! However she jolted me into thinking I should test just to know.  So I had to wait until the next day and I tested positive.

We were both shocked and upset.  They were our honest first responses.  We didn’t plan on this happening and now we had a positive test.  My gut reaction was “ok, we didn’t plan but I love this baby no matter what”.  We got the pregnancy confirmed and just digested the news.  We also had a two week holiday booked which we looked forward to.

What were your symptoms?
From the minute I found out I was expecting our baby, I knew something wasn’t right.  I am a firm believer that you have a gut for a reason and I just knew that all was not well.  I started spotting brown blood, not heavy but it was consistent every day.  I did not have any pain.  I arrived probably one week later into A&E in Holles St, where a doctor scanned me with an old small scanner, which didn’t detect anything in my womb.  He said it was too early to see and basically said go on holidays but do so with caution.  They booked me in for a repeat scan on my return in two weeks.  So off we went on our holiday, when I actually think of what was in store, it still scares me!  I started getting pains in my right side one evening that were very painful and I knew something was wrong.  I took a painkiller and hoped that it would subside, which it did that night.  While taking a shower the following day I passed a sac which I presumed naturally was our baby.  We were both shocked and worried.  I was doing ok, and we were due home in a few days and I just wanted to get going.

We arrived in the EPU the Monday we arrived home.  This time we were scanned internally by a lovely midwife who had the proper scanning equipment etc.  She detected the pregnancy in my right tube almost immediately as a black mass which was clearly visible to us.  She was lovely and basically informed us that the pregnancy was now no longer viable.  Those words will always stay with me.  I was relieved in one way as I thought it was straightforward miscarriage but now had an answer.  It was ectopic.  She also gave me a print out of the English Ectopic Charity for support and the counselling leaflet from the hospital.

How were you treated? (surgery, MTX)
I was booked straight onto the day ward and was basically getting my bloods checked every few hours.  Once it was confirmed that they were rising I was given an injection of Methotrexate.  Told to go home and rest.  As we lived over 40km away I stayed that night in my Dads.  My friend arrived up that evening and performed some acupuncture on me to relax my body etc.  While lying on the bed the pain started and I knew I had to get back into hospital.  I was by then still talking, walking but started to shake uncontrollably.  I was again admitted onto the ward where I was left overnight in severe pain.  I was given pain relievers but had to wait until the next morning to see a doctor.

How was your experience with the doctors?
The next morning the doctors discussed the options with me regarding surgery.  We were completely and utterly shocked.  My family having only just discovered I was pregnant now had to face me having surgery.  My husband was devastated and barely held it together as he was worried I wouldn't make it.

By lunchtime they finally made the decision to operate.  I was brought down and operated on.  When I came to, a very nice doctor explained what had happened.  I was relieved that they didn’t have to fully open me up and that they had performed key hole surgery.  They informed me that I had lost my right tube as I had ruptured.  They showed me photographs and my abdomen was filled with blood and you could see the baby in my tube.

Can you tell us a bit about your emotions, family support (if shared) etc.?
I think I brushed a lot of my emotions regarding the ectopic under the carpet.  Sure I was here, alive and I am fine.  We got married one year later and we were doing well.  Some family members tried to tell me that ‘it wasn’t really a baby, only cells’.  That still hurts.  My friends were amazing as were other members of our family.  My husband and I didn’t fully discuss it, and didn’t avail of the counselling services on offer.  I personally felt almost guilty because I took the morning after pill and had no right to feel anything at all.  I now realise that is not the case.

What happened since your ectopic pregnancy?
In September 2009 our son was born! He was conceived relatively quickly and was healthy and beautiful in every way.  It also brought up all the old emotions around our first baby and a lot of good tears were shed.  We both spoke properly about our baby and while our journey started out a bit differently to others in that it wasn’t planned, we both realised how much we love our first.  I am now pregnant again after a short time trying and we also plan on planting a tree to always remember our little baby up there and always part of us.
Posted by Ectopic Pregnancy Ireland at 08:00 No comments:

You can find us here

EP in Blogland (in progress)